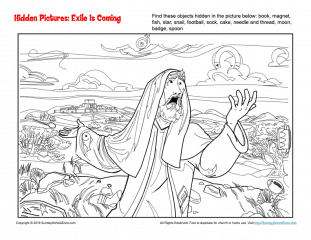 The Babylonian Exile was a hugely important season in the life of God’s people in the Old Testament. After King Solomon, the nation of Israel fell into a civil war and divided into the Northern Kingdom of Israel and the Southern Kingdom of Judah (where Jerusalem was located). Israel (the Northern Kingdom) finally fell to the Assyrians around 722 B.C. while the Southern Kingdom of Judah continued for more than 120 years. Prophets like Jeremiah, however, warned Judah that judgment was coming for their sin. Jeremiah told the people they would be conquered by the Babylonians and would be in exile for 70 years. “Exile is coming,” He declared! This was not a message the people wanted to hear, but it was true and in 587 B.C. Jerusalem and the temple were finally destroyed by the Babylonians and most of the people were deported to Babylon. This Exile Is Coming! Hidden Pictures activity will help kids learn the story and understand the sorrow Jeremiah felt over the coming destruction of the city and temple He loved.

Other related activities can be accessed via the links below. 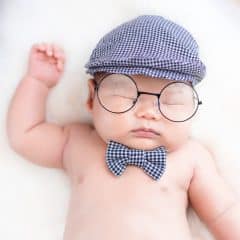