Boy Jesus in the Temple 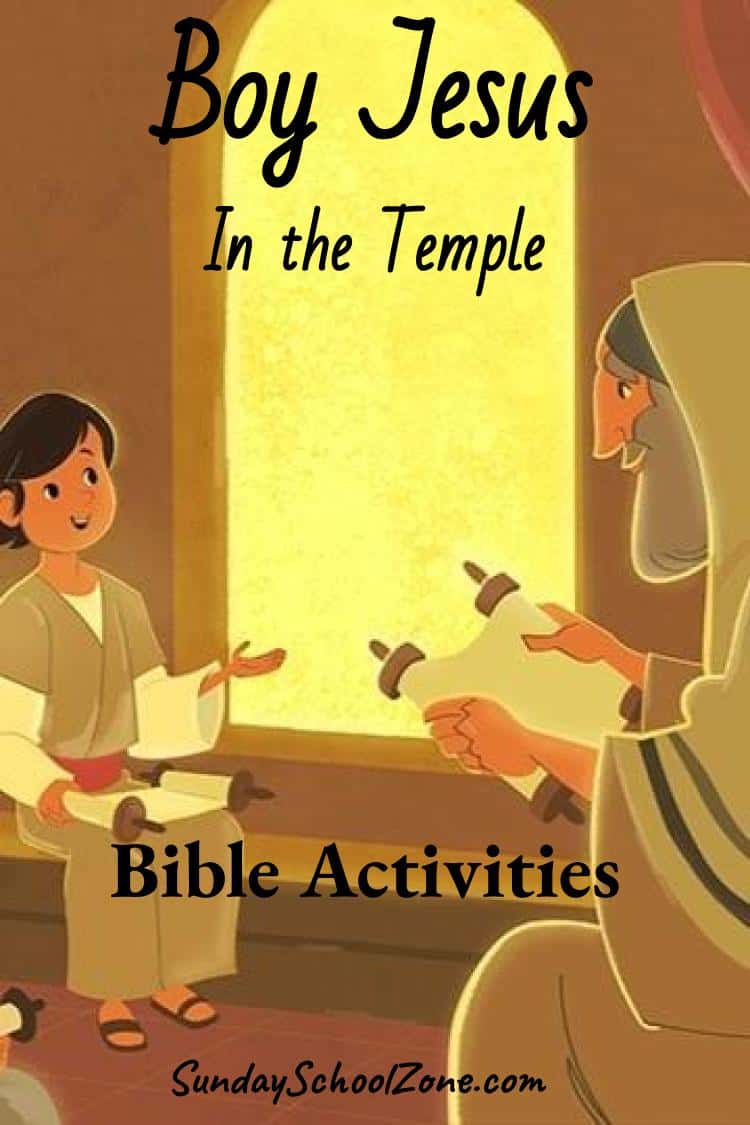 In Luke 2, we read a story about Jesus as a boy, after He disappeared from under His parents’ watchful eyes, while visiting Jerusalem. While the Bible doesn’t tell us much about Jesus’ childhood, we do know that when He was 12, He and His family went to Jerusalem for the Passover festival. Unfortunately, at some point during the trip, Joseph and Mary lost Jesus. They were part of a big caravan of people, and probably thought He was with someone of their party, so they traveled homewards for an entire day before realizing Jesus had been left behind. In a panic, they hurried back. To their surprise, they found Jesus in the temple courts, among the teachers, listening and asking questions.

Mary said to him, “Son, why have you treated us like this? We have been searching for you!”

To which Jesus replied, innocently, “Didn’t you know I had to be in my Father’s house?”

Even at the age of 12, Jesus showed He was becoming aware of His identity as the Messiah. He could talk intelligently with the teachers in the temple and felt at peace in His “Father’s house.” These Boy Jesus in the Temple Bible activities can help kids understand that, like Jesus, they also must take the time to grow in their understanding of God and spirituality. 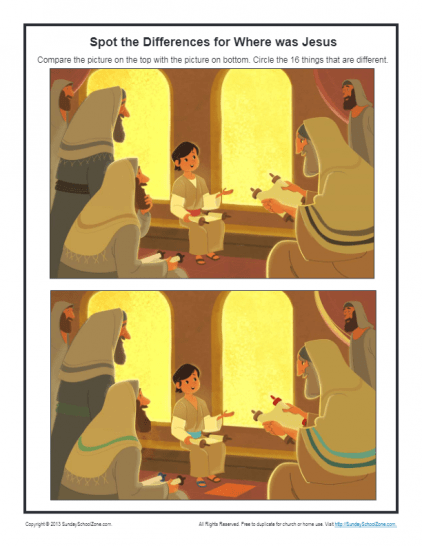 Where Was Jesus Spot the Differences

Let your children try to find all 16 differences between these pictures, both of which show Jesus as a 12-year-old boy talking with the teachers at the temple. 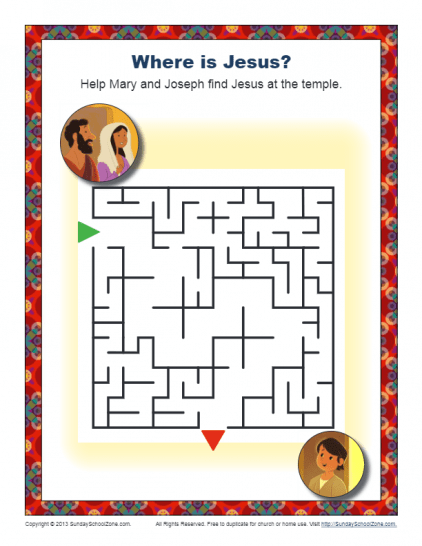 Where Was Jesus Maze

This maze will give your children an imaginary opportunity to help Mary and Joseph find Jesus, who, as a 12-year-old, was missing following the Passover festival. 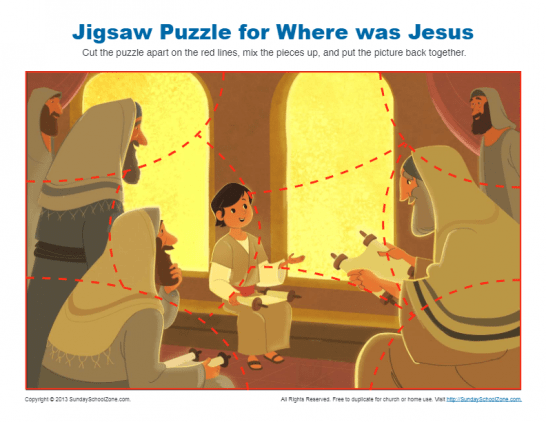 Where Was Jesus Jigsaw Puzzle

The Jewish teachers at the temple were quite impressed with Jesus, the 12-year-old boy who, following the Passover festival, asked weighty questions and shared important insights. Jesus was in His Father’s house, doing His Father’s business. As your children work this jigsaw puzzle, observe that Jesus was special, even as a young boy. Why? Because He was and is God’s Son!

Where Was Jesus Coloring Page

Your children will have a wonderful time coloring this picture of Jesus as a 12-year-old boy talking with the Jewish religious leaders at the temple.