Joseph and His Family 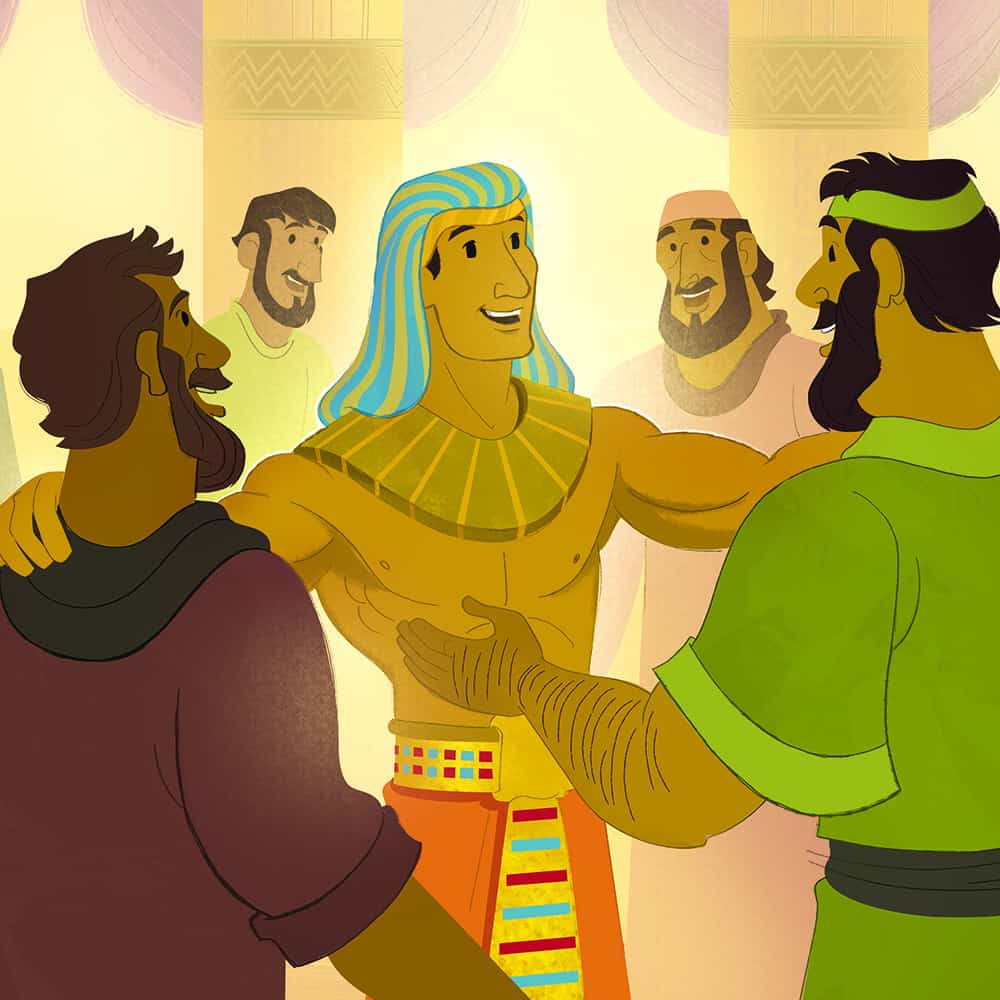 Joseph had been sold into slavery by his brothers, but he remained faithful to God despite being treated unfairly. Eventually, he became an important leader in Egypt, where people were coming to get food. When Joseph's brothers appeared to buy food, Joseph could have treated them cruelly, but he didn't. These Bible activities are about the kindness Joseph extended to his brothers when he could have been harsh and unkind. 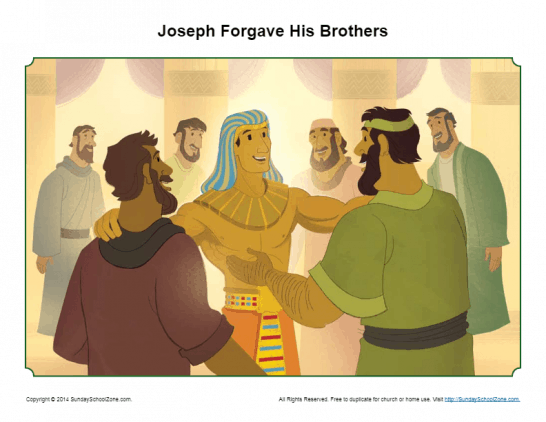 This free, printable sermon picture, based on Genesis 45:1-15, can help teach kids that we should forgive as God has forgiven us. It can be used in a homeschool setting, one-on-one, or in a classroom setting like Sunday School. 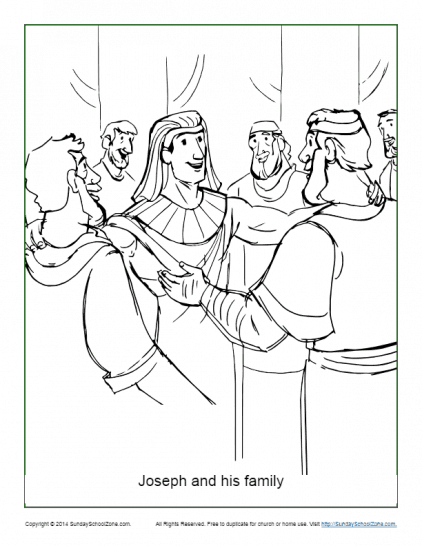 Joseph and His Family Coloring Page

This printable coloring page, based on Genesis 45:1-15, can encourage children to demonstrate God’s love toward people who have hurt them. It can be used in a homeschool setting, one-on-one, or in a setting like Sunday School. 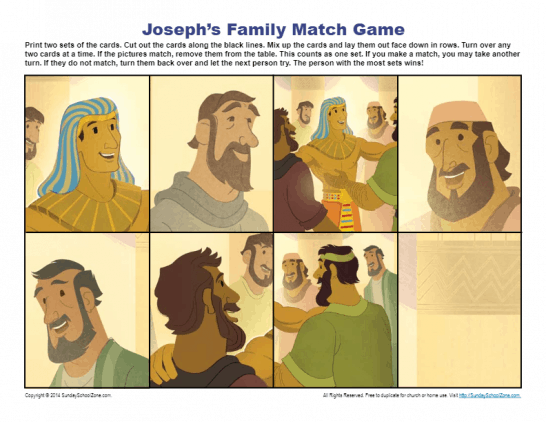 Joseph and His Family Match Game

Match games are fun, and this one will help your kids become even more familiar with the story of the reunion of Joseph and his brothers in Egypt. 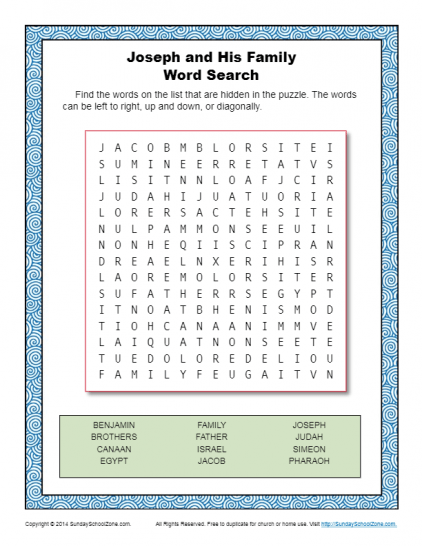 Joseph and His Family Word Search

Let your kids try to find all 12 of the hidden words in this word search puzzle. As they look for them, they’ll become even more familiar with important elements in the story of Joseph’s reunion with his brothers in Egypt. 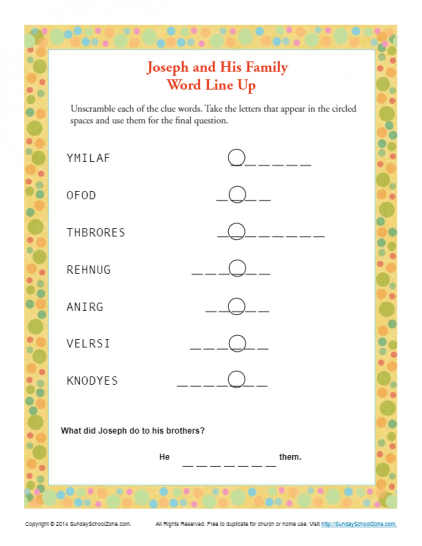 Joseph and His Family Word Line Up

Let this word line up puzzle reinforce for your kids the truth that when he could have punished his brothers, Joseph forgave them. 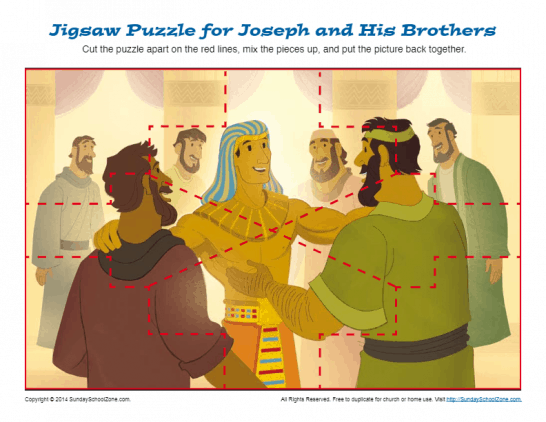 Joseph and His Brothers Jigsaw Puzzle

This 8-piece jigsaw puzzle shows Joseph joyfully receiving his brothers. As your kids work it, you’ll have a chance to talk with them about the importance of forgiveness. 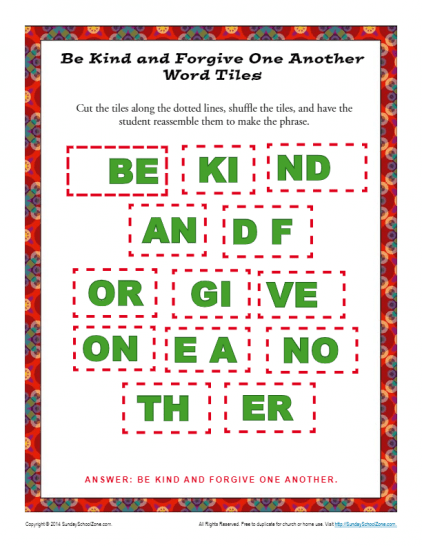 Be Kind to One Another Word Tiles

Be kind and forgiving to others. Joseph, Jacob’s son, was—and is—a great example to follow. This word tiles puzzle emphasizes the importance of being kind and forgiving. This isn’t an easy task, but God is pleased when, with His help, we treat people as we should.