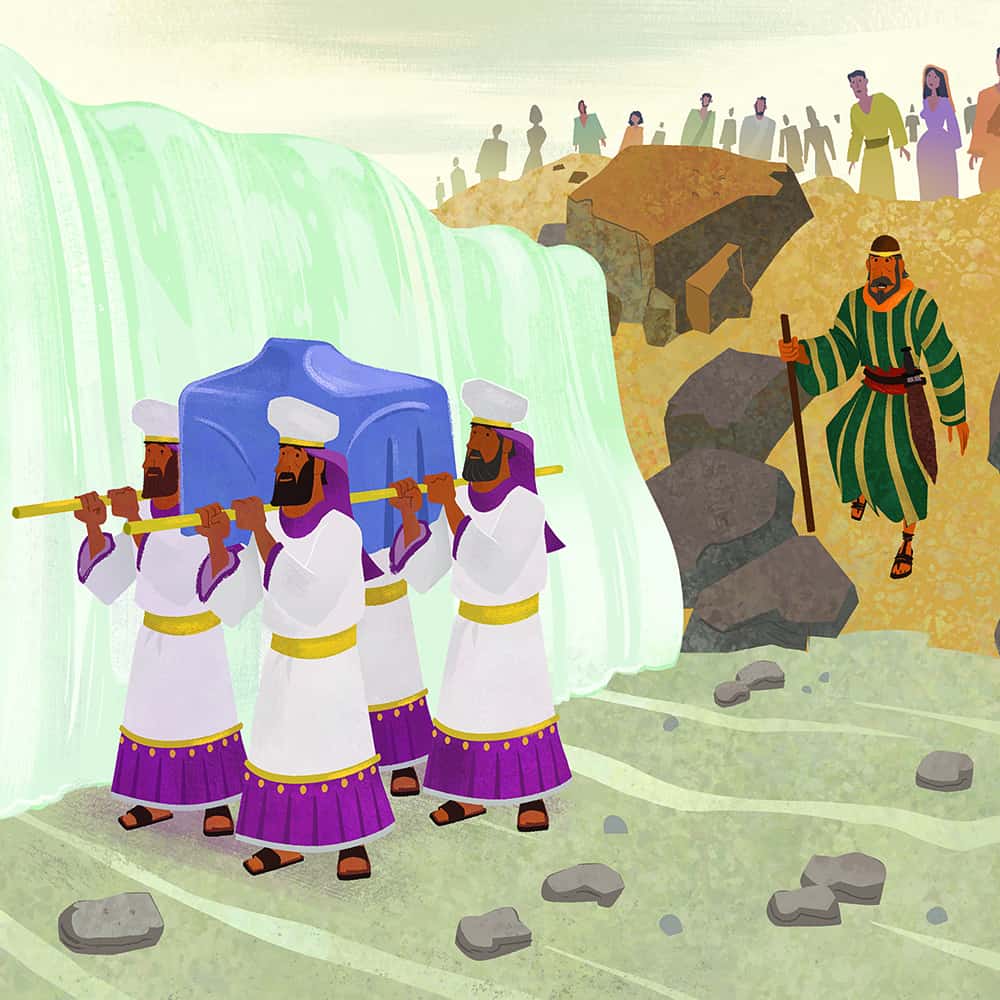 The story of how God stopped the Jordan river is found in the third and fourth chapters of Joshua. The Book of Joshua marks a transition from the Pentateuch (the books of Moses or the first five books of the Bible) to a new season of biblical history and a new section of the Bible itself. The Book of Deuteronomy (the prior book) ends with the account of Moses’ death and the emergence of Joshua as the new leader. The first chapter of Joshua continues the story, but the spotlight is now clearly on Joshua, Moses’ successor. This transition is marked by the astonishing fact that Moses was not allowed to enter the land promised to the people of Israel (Deut. 34:4).

In the final verses of Deuteronomy, Moses is praised…

No prophet has arisen again in Israel like Moses, whom the Lord knew face to face. He was unparalleled for all the signs and wonders the Lord sent him to do against the land of Egypt — to Pharaoh, to all his officials, and to all his land, and for all the mighty acts of power and terrifying deeds that Moses performed in the sight of Israel (Deut. 34:10-12).

Moses had been an instrument in the hands of God to deliver the people from Egyptian bondage, to establish the covenant at Sinai, to lead the people for 40 years in the wilderness, and to record the foundational stories and laws that would define the people of God (Israel) moving forward.

Now the time had come for a new season and new leadership. But we will miss an important aspect of the Book of Joshua if we don’t place it in its narrative context. We need to remember that the story begins with the creation of Eden as a place for humankind. But Adam and Eve sinned and were expelled from the Garden. In response to their sin, God promised that He would send a “seed” of the woman to restore the Garden. A new creation was anticipated immediately after Adam and Eve’s sin. It’s clear from the Pentateuch (meaning “five books”) that the people of Israel would be this “seed.” (From a New Testament perspective, we know that Jesus was the ultimate Israelite or “seed” that would crush the serpent and establish the new or restored creation promised in Genesis 3.)

Throughout the Pentateuch, the Promised Land is understood as the destination for God’s people. It would be the place from which God would begin to fulfill His promise to restore the Garden and reverse the impact of sin and death. In a sense, everything up to this point has been backstory; explaining why the people are here, at the edge of the Promised Land, and what is to come next. God’s great plan of restoration is about to be launched as His people begin to possess the land of promise.

We shouldn’t be surprised then, that Joshua’s leadership and the launch of the conquest itself is accompanied by dramatic events that echo earlier events from Israel’s past and are hard to miss. Chapter 2 has Joshua sending spies into the land just as Moses had done 40 years earlier. This time, however, it’s only two men who go as spies, just as only Joshua and Caleb had been the two faithful spies returning from the earlier expedition. That brings us to Joshua 3 and the crossing of the Jordan.

Chapter 2 tells us that Rahab, a Jericho resident, helped the two spies. They returned with the news that all were in a state of panic because they had heard of the power of Israel’s God. God was setting the stage for Israel’s conquest of Jericho. This information surely strengthened Joshua’s resolve. He moved forward in God’s power to take the land. Priests carrying the ark of the covenant led the way.

The ark would remind the people of God’s presence. The Israelites were to follow the ark but were to keep a safe and holy distance so they could see clearly the route they were to take. Having never been that way before, they would need God to show them.

A huge obstacle loomed ahead of Israel—a wide, fast moving river, the Jordan. Yet we have no record of doubt on Joshua’s part. God would do what God does—provide a way. He told the people to consecrate themselves, for the next day God was going to show up! To consecrate means to set apart, make holy, purify, and sanctify. God wanted their hearts to be pure and holy. The Lord told the people they would know He was with them when He wiped out all the nations that stood in their way.

The Jordan River was just another opportunity for God to demonstrate His power. God told Joshua to tell the people that this is how it would happen: when the soles of the feet of the priests touched the edge of the river, the flow of water would be stopped. That’s exactly what occurred. Everyone walked across without getting a single toe wet!

God always keeps his word. He wanted His people to experience and rely on His faithfulness. He told Joshua to send back 12 men and to have each one to choose a stone from the riverbed and remove it from the river. As God had commanded, the men stacked the stones in a pile. The stones would remind the people that Israel had crossed over Jordan on dry land. They also would testify to the whole world of God’s strong rescuing hand and that Israel served a God to be revered.

The Story Is a Reminder

The crossing of the Jordan served to remind the people of the great Exodus from Egypt when God enabled the earlier generation to cross the Red Sea in similar fashion. The God of Moses Who delivered the people from Egypt was the God of Joshua Who would carry this new generation to victory in the land God had promised. In the same way that crossing the Red Sea had marked the end of bondage, so the crossing of the Jordan now marked the beginning of the conquest.

There would be other events and experiences recorded in the Book of Joshua that would help the people remember who they were and what God intended for them. Their future was intricately tied to their past, but they weren’t called to live in the past. God had plans for the people of Israel that were first revealed when God had called Abraham. It would be through Abraham’s descendants that “all the peoples on earth will be blessed…” (Gen. 12:3b).

The story of conquest then, as recorded in Joshua, is not merely a story of one nation subduing a land and its people. It is a continuation of God’s great story. It is God’s grand, unfolding story and should remind us that God is working to fulfill His promise to Abraham in Genesis 12:1-3 and to Adam and Eve in Genesis 3:15.

What Does It Mean?

The story of how God stopped the Jordan river in Joshua 3–4 helps us remember that God has a plan that is still unfolding today. He calls us to places that require faith on the one hand and memory on the other. Our memory of how God has acted in the past will serve to strengthen our faith in what He calls us to do now.

But the story is not merely illustrative, serving as an example of the people’s faith and God’s power. The story is recorded to serve as history. These things really happened and demonstrate that God has a plan and His people are part of that plan. WE are part of His plan!

You can find all of the activities related to the story of how God Stopped the Jordan River here.

Go here to find another helpful article about the crossing of the Jordan. 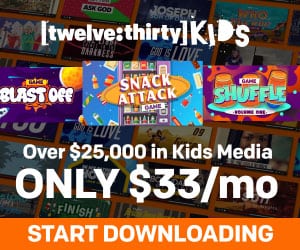