Is Easter Associated with a Pagan Holiday? 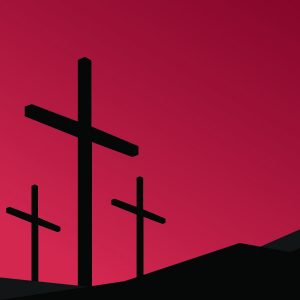 It is not uncommon to hear claims that the name “Easter” originated from a pagan celebration. Such accusations often (but not always) come from those wishing to discredit, in some way, Christianity in general and the resurrection of Jesus specifically. It is virtually impossible to avoid the use of “Easter” in any discussion of the holiday as it is observed currently around the world. And, because Sunday School Zone provides a number of resources related to Easter and the resurrection of Jesus for a host of parents, Bible teachers, churches and schools, we felt it would be appropriate to ask, “Is Easter associated with a pagan holiday or custom?”

Things to Consider Regarding the Name “Easter”

Anthony McRoy has written a solid article you can find on ChristianityToday.com that addresses the historical and linguistic evidence for the claim that the name “Easter” was borrowed from a pagan holiday. Rather than rehash his helpful post, we will simply make several important points about the use of the word and our contemporary observance of the Easter season.

First, as McRoy has noted, there is no solid historical evidence to suggest that the name “Easter” originated within a pagan tradition of some kind. It is more likely that the English use of the word has more to do with the season during which the resurrection was celebrated rather than a prior pagan god or goddess. So, don’t be afraid to use the term. At the very least, the source of the word is sketchy at best. We simply don’t know for certain where the term came from. So, is Easter associated with a pagan holiday or custom? Probably not, but there are other things we should also consider.

Second, the actual use of the term is largely irrelevant. Language is dynamic and constantly changing. Regardless of how a word originates, the most important thing is to understand the significance of how the term is actually used in our culture. The fact that the word “Easter” is almost universally understood to refer to the annual celebration of Jesus’ resurrection is a testimony to Christianity’s ability to infuse new meaning into old language and traditions. That is, in fact, what it means to be a Christian. God has taken a formerly pagan vessel (each Christian) and filled it with His own presence. Every time we use the word “Easter” we are declaring the triumph of Jesus over culture.

Third, the real issue at stake is whether Jesus actually rose from the dead. The Bible unequivocally teaches that He did. Historical evidence has consistently affirmed this to be true. The derivation of an English word cannot change this reality. “A rose by any other name…”

Finally, we would all do well to focus our energies on understanding and teaching the infinite significance of the actual Easter event; the resurrection of Jesus. I honestly don’t worry too much about the culturalization of the holiday by the world and its commercial emphasis on candy and Easter bunnies. After all, why should we expect a pagan culture to do anything other than act pagan? As prominent as such secular “celebrations” might be, they rapidly fade into insignificance when viewed in the light of Jesus’ resurrection. As we help our kids understand the fact and meaning of the resurrection, all other celebrations simply seem goofy and puny.