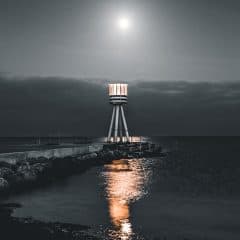 My step-daughter, Eva Mae Gordon (my “bonus” daughter), is just barely 15 years old as I write this. She is finishing her freshman year in High School. Her innocence and sheer good heart is a blessing to everyone who knows her. She enjoys writing and has, this year, been in a creative writing class at school.

Along with many other things she has penned in her short life, mostly for fun, she wrote the following piece during her creative writing class in response to a prompt given by their teacher.

Lies. All he ever tells is lies. Where he’s going, where he was, what he’s been doing. It’s all been lies. At first I believed them. I didn’t think anything about it. Now however, I don’t believe anything. Everything he tells me, I look at it under a microscope. I would confront him, but I’m afraid of what might happen if I do. I’ve tried to leave him but he won’t let me.

At this point I don’t even know what’s true. When he says he loves me does he mean it? When he says he’ll be back will he really? My friends say that there is a truth behind every lie. I don’t believe it. There’s no truth in his lies, not even the small ones. It can really make you wonder if the entire relationship was a lie. If it wasn’t, then what turned it into one? I’ll never know so I guess I’ll just keep on acting like I believe his lies.

Eva is not yet allowed to date, so this piece is not experiential. Her mom and dad (and bonus parents) are rather protective of her. She does, however, read a good deal and occasionally ventures into teen romance novels so there is some context for what she has written above.

What impresses me is the insight shone by this sweet, innocent 15-year old girl who, to us, is still “a little girl.” She understands enough to know that when someone lies, it’s difficult to believe anything else they might say. It would be easy in our world for her to accept deceit as normal and “no big deal.” Even as adults we often dismiss deceit because we want the relationship to work, whether it’s a spouse, friend, or co-worker.

Eva might be young and inexperienced, but she has grasped a nugget of wisdom that can serve her well in the years to come. I hope she never experiences what she has written. I certainly pray she never becomes the other person.

Truth is the foundation of everything. This young lady is beginning to see that and may be able, as a result, to shine the light of that truth on others in her world. Well done, Sweetheart!