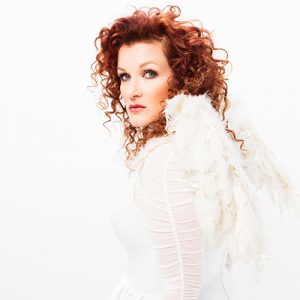 Tiffany Lee, more widely known as Plumb, is many things. She’s a Christian, recording artist, songwriter, author, wife, and mother. Of all the things this incredible woman is, she is, to an increasing number of people, an optimistic and inspiring voice in our world of chaos and confusion. She brings light to dark situations through the passionate moments in her songs and books. On top of the 500,000 albums sold, she has helped write songs for well-known artists such as Mandy Moore and Natalie Grant. While the list of grand accomplishments goes on and on, for the sake of attention spans, we will sum it up simply to say that Plumb is incredibly successful in her life’s work.

Inside a Rockstar’s Life

The talented artist was born in Indianapolis and grew up in Atlanta. Much to the joy of her parents, she accepted Christ as an 8-year-old child at VBS. Through years of growth, she realized at 18 years of age that her Christian faith was no longer just her parents’, but truly hers. Moving to Nashville to pursue her singing career, Tiffany met her husband and spiritual soul mate Jeremy Lee, who is now her manager and publisher. Above all, Plumb is a wife and mother of three children. While some of her earlier songs are about sexual abuse and other dark topics, when she became a mother, the songs shifted gears. Her 2007 album Blink was inspired by her experiences of motherhood and lullabies. ‘In My Arms’ was written specifically for her son, Solomon.

A Career to Be Envied

Plumb has been in the music business game longer than most. She started as a background singer for a number of well-known artists including Amy Grant and Bill Gaither. In 1997, she released her first album, Plumb. With millions of singles sold all over the world, and her music hitting the top of the Billboard charts, her professional accomplishments are truly enviable. Originally signed as a Contemporary Christian artist, her sound is now better known for electronic dance and alternative rock. How, might you ask, did she decide on the stage name, Plumb? The idea was drawn from the Suzanne Vega song ‘My Favorite Plum’, with a ‘b’ added to represent her producer Matt Bronleewe’s vital contribution to her music.

Along with 8 spectacular albums, her newest, Beautifully Broken just recently released, Plumb has also taken to writing books. In 2014, her first book, Need You Now: A Story of Hope, was released. Inspirational and uplifting, the book can be seen as a personal memoir and reminder that no matter the situation, there is hope. Her latest book, Fight for Her, coming out August 24, 2018, complements her newest album and is creating a lot of excitement among readers of her previous book.

One thing is almost certain, whether it’s songs or stories, if Tiffany Lee is behind it, you won’t be disappointed.