“Rhoda” In The Bible 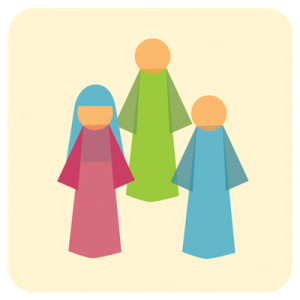 What do we know about “Rhoda” in the Bible? Among other things, her response to a miracle reveals the fact that sometimes God does things that surprise even His own people! But she wasn’t the only one surprised that happy evening. After Peter was supernaturally rescued from jail in Acts 12:6-10, he said, “Now I know for certain that the Lord has sent His angel and rescued me…” Luke continued his account of these events, writing that Peter went to the house of Mary, the mother of John Mark, where many had assembled and were praying. He knocked at the door in the gateway, and a servant named Rhoda came to answer. She recognized Peter’s voice, and because of her joy, she did not open the gate but ran in and announced that Peter was standing in the gateway!

“You’re crazy!” they told her. But she kept insisting that it was true. Then they said, “It’s his angel!” Peter, however, kept on knocking, and when they opened the door and saw him, they were astounded (vv. 12-16).

The name Rhoda literally means “rose.” The HCSB indicates that Rhoda was a “servant,” but the Greek word translated servant in the HCSB also can mean a young woman, or, as the KJV puts it, a “damsel.” While Rhoda was probably a servant in that household, she could have been another member of the family or a guest who had come to pray with the others.

Have you ever been so excited to hear joyful news that you let your emotions get away with you, and in your excitement, you failed to do the most logical thing? This was Rhoda’s experience. Rhoda recognized Peter’s voice but failed to let him in! And as if that weren’t enough, when Rhoda tried to convince the members of the group who’d come to pray of Peter’s arrival, they told her she had lost her mind! Soon the entire party realized that Rhoda was indeed sane and that God had answered their prayers (see v. 17).

Luke’s account of Peter’s escape and the events surrounding it is reminiscent of His account of the spread of the earliest reports of Jesus’ having been raised from the dead (see Luke 24:1-12). Truly, to know the God of the Bible involves knowing what it’s like to receive news so joyful we cannot always take it in!