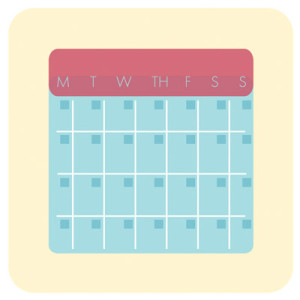 All four Gospels tell us about Jesus’ “Triumphal Entry,” the day Jesus entered Jerusalem on a young donkey. Only John, however, tells us that particular Sunday was the Sunday before Jesus’ crucifixion. That places the event at the beginning of Jesus’ final week before his death, resurrection, and eventual ascension. We call this final week the “Passion Week.” Note: A printable PDF version of this article can also be downloaded here.

Each Gospel writer had his unique perspective and purpose for recording the event, but all of them portrayed the event as a royal occasion in which Jesus entered the city as the Messiah and King of Israel. That’s why we use the word “Triumphal” to describe it. Matthew (21:5) tells us the event fulfilled Zechariah 9:9 where the prophet says, “Look, your King is coming to you…” Mark (11:10) records that the people were shouting, “The coming kingdom of our father David is blessed!” Luke (19:38) also notes the people declared, “The King who comes in the name of the Lord is the blessed One.” According to John (12:13-14), the people identified Jesus as “the King of Israel.” He further noted that the entrance fulfilled the Zechariah prophecy… “your King is coming, sitting on a donkey’s colt.”

Jesus had been announcing the Kingdom of God since the beginning of His ministry (Matt. 4:17, Mark 1:15, Luke 4:43). We should not be surprised that His final entry into the Holy City would demonstrate that Jesus is indeed the promised King whose ministry was inaugurating the great Kingdom of God. The Kingdom had been the constant and unwavering theme of His ministry. As He approached His crucifixion, Jesus was allowing the reality of His Kingship to be fully demonstrated.

Not the King (or Kingdom) You’re Expecting

This, too, had been a consistent theme of Jesus’ teaching and preaching. The people were expecting a geo-political kingdom that would restore Israel to the stature it had seen under David and Solomon. Their view of God’s Kingdom was a worldly view. Jesus persistently taught that the Kingdom of God would be characterized by peace, humility, service and love, not political and military power.

Prelude to His Crucifixion

The final days of Jesus’ ministry were anticipating His crucifixion. This is why He had come (John 12:27). Jesus had, at times, avoided public aggravation of the religious leaders. The timing was not right. Now, however, Jesus is moving deliberately toward His crucifixion just days away.

It is now appropriate that certain things be clarified. Jesus is the King, the long-awaited Messiah. He is inaugurating the restoration of God’s Kingdom, but it is not what the people are expecting. The Kingdom of God will be secured, not by military or political power, but by the cruel suffering and death of Israel’s incarnate God. Jesus, the King, the Son of God, had to die in order to bring forgiveness and the restoration of God’s Kingdom.

Jesus’ triumphal entry would declare that Jesus is King, but the next few days would reveal that the King must die in order to secure the Kingdom. Such a notion was deplorable to the Jews of that day, but this is the nature of God’s Kingdom. Sacrificial love is the path to victory. It was true then, and it is true now.